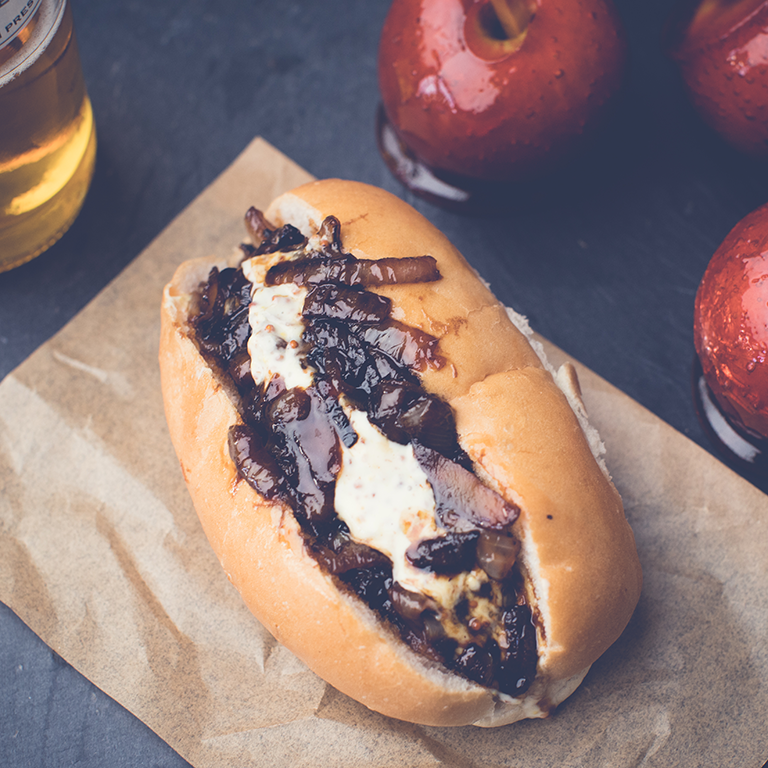 The best recipe to leave one hand free for your sparkler

“Remember, Remember the Fifth of November…“

Growing up in New Zealand, we called it Guy Fawkes Night.

It was a big deal for us as kids, one of THE most fun nights we had on our busy ‘calendar’.

We’d help Mum and Dad build a HUGE bonfire down the back in one of our paddocks and my brother and I would be left in total charge of making the Guy to go on top.

It was standard that all the Ohoka crowd (our little country ‘village’) came around just before the light faded.

And everyone would bring some easy food like sausages, toffee apples etc to watch the bonfire, eat outdoors and light fireworks.

Out bonfire always seemed, to me, about 3 stories high! Up in flames our Guy would go…

My brother and I and all our local friends, would be running around like maniacs with our badly knitted woolly hats.

All with huge pom poms bobbing up and down stitched to the top of them… what was that all about?!

But then out came the fireworks… and most importantly, the sparklers!

Which always lead to the classic competition… who could write their full name in the air before it vanished?!

So Guy Fawkes night, for me, was an awesome night.

The next best thing from Nov 5th… Nov 6th!

My brother and I would wake up early to try and beat each other back to the smouldering bonfire in the morning.

Out mission; to see what remaining fireworks had been dropped in the dark and were unused.

We’d come back with huge bags of fireworks, mostly dead ones but with the smell of gunpowder wafting in the air.

But we’d happily sort through them in search of a few live ones which we were allowed to keep.

Actually, the more I think about it, this may have been a ruse used by our parents to get us to help tidy up the paddock after bonfire night… hhmm.

Anyway, it was a magical time, Guy Fawkes night.

And life must be good when your biggest worry is the thought of your brother getting the jump on you the following morning to find unused fireworks!

Back here in England, is where it all started.

Bonfire night was a celebration of the foiling of Guy Fawkes’ attempt to blow up King James I and the Houses of Parliament in London, in the Gunpowder Plot.

And when the plan failed, the public celebrated by lighting bonfires around London.

So, what was the Gunpowder Plot?

In 1605, thirteen young men including, Guy Fawkes, were part of the Gunpowder plot.

The reason they wanted plot to blow up King James I and his government was because of… religion.

England was now a Protestant country and the plotters were Catholic.

And they wanted England to be Catholic again.

So they thought if they killed King James I and his ministers, all would be re-aligned again. As you do.

Guy Fawkes and his conspirators put 36 barrels of gunpowder in cellars underneath the Houses of Parliament, ready to set off a massive explosion.

However, they were rumbled before they could strike a match to their gunpowder.

Apparently, one of Fawkes’ group sent a letter (*equivalent to today’s WhatsApp message) to his pal who worked in Parliament, and warned him to stay away on the 5th.

Good friend. But not the brightest idea if you’re planning a bit of treason.

So, the letter was uncovered and the plot was foiled!

And unfortunately for the gunpowder plotters, the guards then stormed the cellars where were waiting ready to execute their master plan.

So ‘poor’ old Guy Fawkes and seven other conspirators as they were hung, drawn and quartered in January 1606.

And their severed heads and body parts were displayed on poles around London.

The public celebrated (as you would) by lighting bonfires and soon effigies of Guy Fawkes were also added to the bonfire.

Even children got in on the act and used to make a ‘Guy’ and parade him around the town in a wheelbarrow asking for a “penny for the guy” to get money.

If you ever wanted to experience one of the best bonfire nights, ever… then head to Lewes in south eastern England.

They always tell you ‘not to come‘ but it’s well worth going.

It’s based around six bonfire societies whose memberships are grounded in family history stretching back for generations.

And each year, they walk through the town carrying torches with banners and drums, dressed up and carrying huge effigies to their bonfire sites.

Which usually represent something political… pretty sure Boris Johnson and Rees-Mogg, Trump and co. will make the cut this year.

Bonfire Night is busy with lot’s of celebrations and fireworks so you don’t want to be fussing about food.

This is why I think this great little hot dog recipe will go done a treat.

And the great thing is… you can hold your sparkler in one hand and nibble your dinner with the other… what could be better?!

What are some of your favourite Bonfire night recipes?? 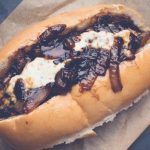