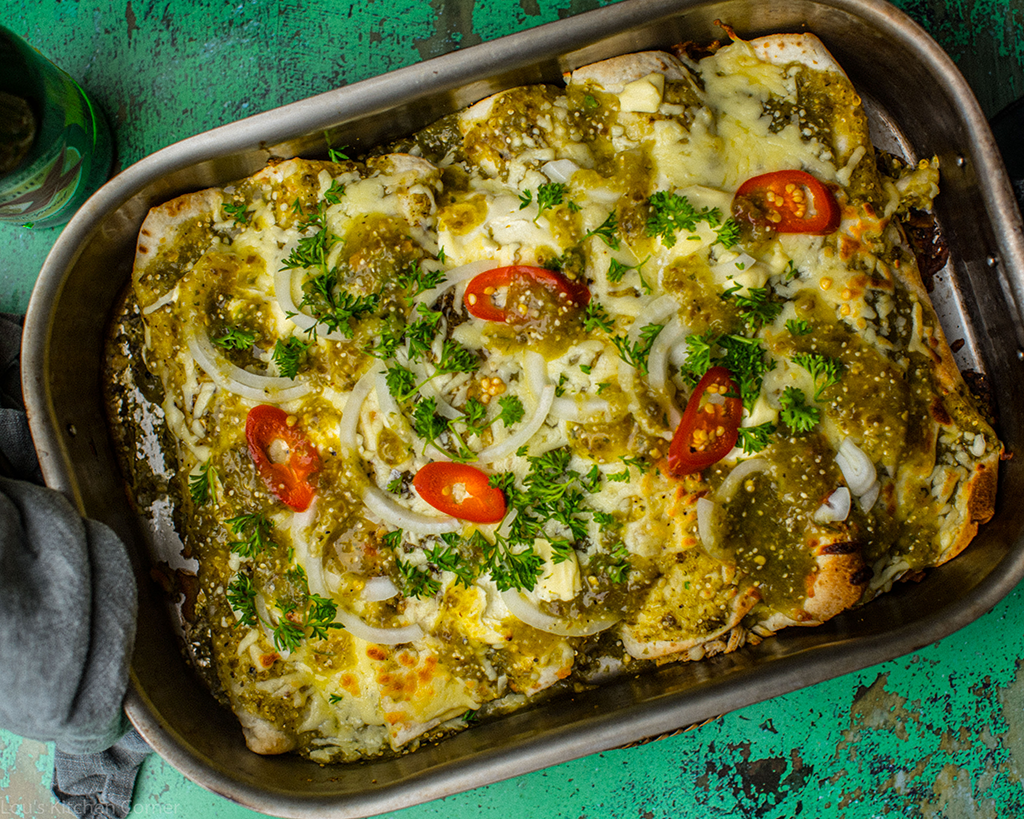 Don’t deny yourself these hunger busters

It’s all in the sauce

You may have noticed (or not) that I’ve been researching and trying out lots of different dry rubs and sauces.

My most recent favourite was Jonathan Waxman’s salsa verde which you generously pour over a roast chicken.

But I’ve also had a go at some classic Mexican dishes and their sauces.

And this brings me to the baked chicken enchiladas.

They are a bit of a revelation for me and I have to say another firm favourite for the hungry family.

The biggest difference between the standard enchilada and the baked…

So, as usual, I like to dig around a bit and find out if there is any interesting historical or cultural food facts to a dish.

And it turns out, the origins of the enchilada go pretty far back.

From Aztec to ‘Mexican’

The enchilada began to change as the Spanish adapted them to include cheese, pork and chicken.

They used spicy sauces instead of the chilli paste which was in the original Aztec version.

And when Mexico became a fully-fledged colony – as the Viceroyalty of New Spain – this hybrid enchilada became an integral part of its culinary culture.

So, by the time independence was eventually declared in 1821, enchiladas were no longer seen as Spanish or Aztec.

And they became ‘Mexican’ and the closest thing this new country had to a ‘national’ dish.

Which eventually found its way into American culture and the term ‘Tex-Mex’ cuisine was born.

Burrito vs enchilada vs taco

And the wrapping of the ingredients.

Plus, chillies – ‘enchilar’, ‘to season with chillies’, smothers the enchilada.

The difference between a taco and enchilada.

An enchilada is baked with the ingredients and chilli sauce in the corn tortilla.

Whereas a taco’s ingredients are cooked separately, then you make up the taco… and they don’t have to have chilli sauce.

There are different takes on the sauces and what’s an ‘authentic’ Mexican sauce.

The two, I know and are ‘authentic’ are:

El mole (pron. ‘mo-lay’) – a stunning dark red-brown sauce, made from a base of dry chillies, chocolate, and spices.

Its flavours are amazing

(*you can get tomatillos online but if you are struggling, try and sub them with green tomatoes)

Give it a go, these delicious enchiladas are easy to make and the salsa verdes is next level. 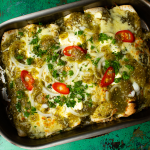 For the salsa verde

For the salsa verde

The chicken filling and building the enchilada