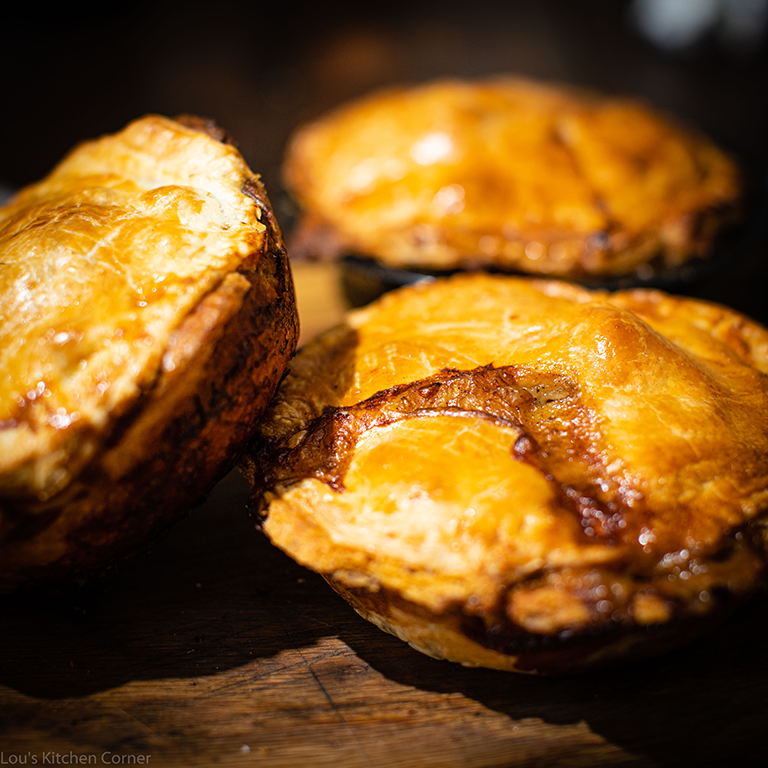 You can’t go wrong with this Kiwi favourite

You must have heard of a classic kiwi chunky steak pie?!

Where have you been?😉

The Kiwi pie is legendary.

And far superior to the Aussie pie (I am obliged to say that).

So, what is all the fuss about then?

Think a generous amount of slow-cooked beef which is melt-in-your-mouth tender.

And encased in a light flaky pastry.

But to be honest, you won’t ever understand a true Kiwi classic pie, until you’ve been to New Zealand.

And you have to buy them from a garage.

Because it’s a bit like saying a baguette in New Zealand will taste the same as a baguette made in France.

But it’s worth a go, and the tasty results still bring great memories of home for me.

So, I think you’ll like a classic Kiwi pie.

The key to a classic kiwi pie

It’s in the pastry.

For me, I chose to use a shortcrust pastry for the bottom.

And to ensure no leakage of the epic gravy.

Then, puff pastry for the top.

But it’s also in the gravy… lots of it.

This combined with the pastry is key to a winning Kiwi pie.

A good tip for making these pies is to cook the meat and gravy the day before.

And also, to chill the pastry.

When we make a pie in Devon, we never blind bake the pastry.

This is partly due to time restraints… and perhaps a bit of laziness.

But also because we quite like a soggy bottom on a large pie.

But this is not how to make the individual classic Kiwi pie.

How to eat a classic Kiwi pie

Normally, we buy them in a garage from a pie warmer that sits on the counter.

Or a little takeaway bar.

And they always come in a paper bag.

Or back in my day, the garages warmed them in a plastic-y bag that would brown a little.

As a student, I’d always wake up to this pie litter next to my bed!

I haven’t lived in NZ for 20+ years so there has been a big upgrade in ‘pie presentation.

But the key to eating a Kiwi pie, and I don’t think this has changed.

Is to keep it in the bag and eat it like a sandwich.

Now, be careful as we do have lots of gravy in these pies.

So, don’t forget to blow on the pie often because the gravy filling will be hot.

And don’t stop there. Add tomato sauce! (aka Watties in NZ).

Last but not least, don’t forget to look up the Kiwi mini mince pies.

Another Kiwi classic to enjoy on a smaller scale.

Well, I guess it was obvious that our Aussie cousins were going to come into this conversation.

They would probably claim it’s a ‘classic Aussie pie’.

So, you have to nod politely and know in your heart…

Much like their claim to the Kiwi Pavlova (*don’t get me started).

And many other claims.

But don’t believe me, Mr Google throws out some interesting facts, including:

I mean, who calls their flip-flops, thongs?!

We (Kiwi’s) call them ‘Jandals’

‘Jandal’ is short for Japanese Sandal.

Clever little play on words there 😉

A thong is… well we all know the true meaning.

3. Who invented the Pavlova?

FACT: The dessert was named after Russian ballerina Ana Pavlova who toured both New Zealand and Australia.

It has been claimed that a chef in Wellington invented the dessert for her in 1926.

She then stayed at a hotel in Perth where the Chef published a recipe a few years later which gave popularity and recognition.

However, history dates the first-ever pavlova to be made in New Zealand.

At the end of the day, the Aussies are our neighbours.

And although we feel different in many ways to one another.

We also know, we are very similar.

Which is why we enjoy a bit of banter and rivalry.

(but we never bowled an underarm in cricket! Hey, I’m allowed the last dig here 😉) 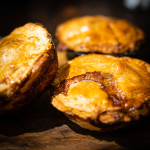