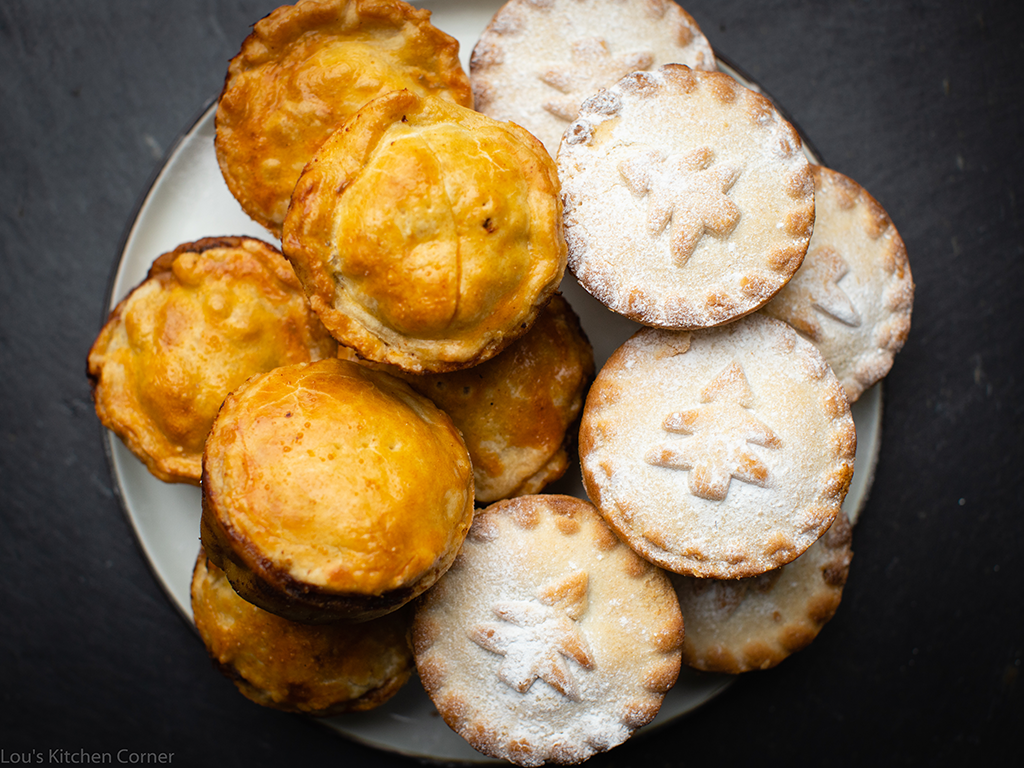 Sweet or savoury?…THAT is the question.

What the hell am I even thinking about savoury mince pies with Xmas just around the corner!

I can forgive you for saying that BUT…

And all good Kiwi’s know that in all small things comes greatness.

And this applies to the (savoury) mini mince pie as well (not just the All Blacks, America’s Cup, the Flat White (yes, that was us), Pavlova, Kiwifruit (I know, I know…) etc.

But before I blow your mind with this genius-mini-adventure-of-a-pie, let’s take a look back in time…

When your sweet Christmas mince pies were, in fact, savoury!

‘Whoa! I hear you cry, slow down there, Lou… don’t be putting you’re Kiwi ideas on us traditionalists.’

But you’d be wrong.

And it’s all thanks to Tim (hubby) and me, having a long and rather confusing (and probably needless) conversation in the kitchen about mince pies and their fillings.

Needless to say, it all lead to ‘google it then’… and then the confusion fog lifted.

And it turns out, we were both right.

Although, if pushed, I’d say I was ‘more’ right.

Meat to sweet: A history of the mince pie

So, just for a minute, put to the side the sweet Christmas treat we all know and love.

Which is packed with it’s citrussy dried fruit, soaked in brandy, flavoured with spices and wrapped in crumbly pastry. Yum

Pie crusts we called coffins (they really knew how to be cheerful) and were just made from flour and water.

And were usually thrown away once the meat filling was eaten.

The mince pie gained its sweetness from honey or dried fruits along with spices such as saffron and ginger.

Other dried fruits such as figs and dates had to be imported so were a sign of wealth. As were spices and how liberally they were used in food.

Because all these ingredients could be expensive, the mince pie would be saved for feast days such as Easter or Christmas.

And finally, from savoury to sweet

No one knows exactly when meat was dropped from the recipe but Eliza Acton’s mincemeat recipe in ‘Modern Cookery for Private Families’ (1845) includes ox tongue and ‘Mrs Beeton’s Household Management’ (1861) originally gave two recipes for mincemeat, one with and one without meat.

So probably by the twentieth century the only trace of meat in the mince pie was suet.

But I will introduce to this little Kiwi snack that will delight you with its simplicity and moorishness.

Because, when I go home to New Zealand, I always eat:

We all have memories wrapped up in the food we eat and those are mine… with another long list of sweets (or as Kiwi’s call them, lollies)

Every bakery, café, petrol station in New Zealand will have these little warm hand mini pies ready to be picked up and eaten on the go; no utensils required.

So, get stuck in and give these a go…

(btw, they are brilliant to freeze as well).

So, sweet or savoury??

Enjoy these savoury ones all year round though 🙂 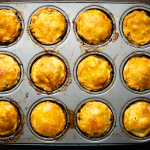