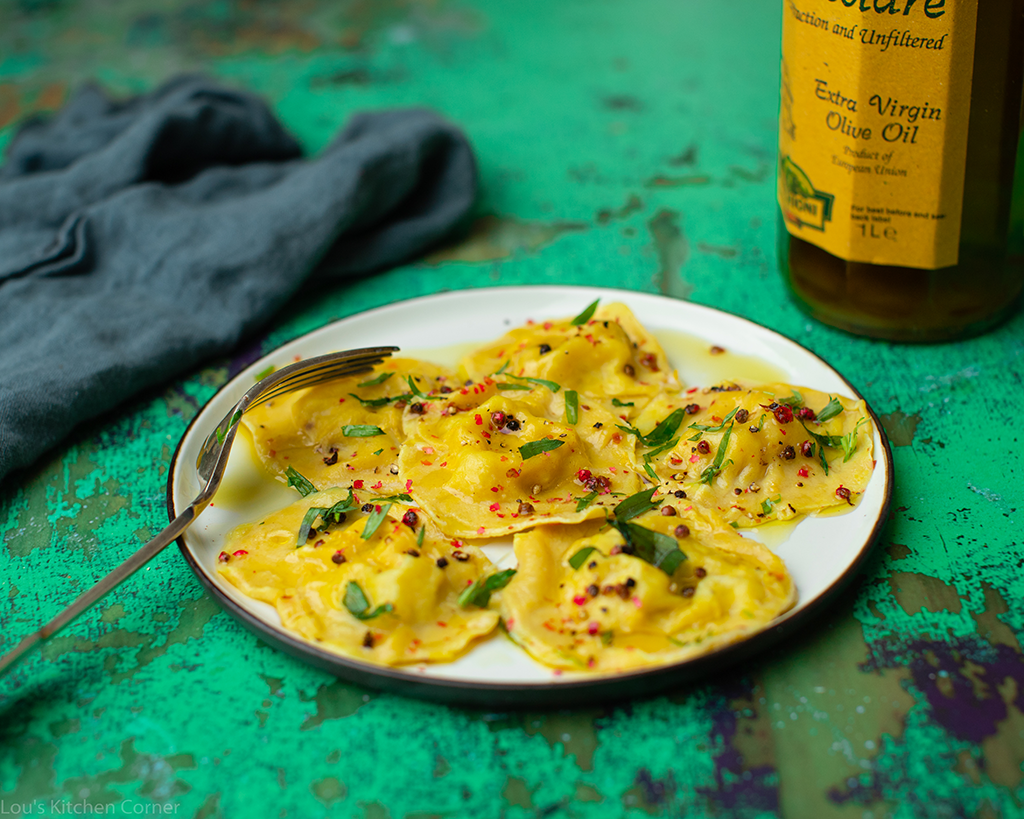 A taste of Italy

Just so we know which pastas we are on about with so many varieties of pasta.

Ravioli is two layers of pasta that form a pillow-like shape.

Sometimes confused with tortellini. But that’s folded into hat-like shape, more similar to a dumpling.

And to make it fresh is much easier than you think.

A brief history of ravioli

China often gets the credit for inventing pasta with its variety of noodles.

However, from what I can uncover, it’s all a bit murky on the history of pasta and it depends what you read.

One food myth that makes China the ‘inventor’ of pasta comes from the 13th-century explorer Marco Polo.

It was apparently a misinterpretation of a famous passage in Polo’s Travels.

Much of what I’ve read says pasta was referenced in Italy back in the Middle Ages with lots of Mediterranean trade.

Pasta for the rich

In the 16th Century, pasta was considered a dish for the wealthy, taking pride of place in aristocratic banquets during the Renaissance.

Only the wealthy could afford such (interesting) delicacies.

Pasta for the poor and the increase of its popularity

In the late 17th century, pasta was becoming the main staple of the common diet.

The lower standard of living amongst the common people, meant their access to meat was limited.

But wheat was sold relatively cheaply so pasta was a cheap dish to make.

But the main reason for pasta’s dramatic increase was when industrial production took off.

The torchio (a pasta/wine press) was originally hand turned but then the hydraulic press was invented and pasta making became industrialized.

A lot has changed over time with the types of fillings and flavours.

Sweetness has been replaced by savoury.

Sugar swapped out for vegetables.

And although we think of tomatoes being quintessentially Italian.

It wasn’t until the beginning of the 19th century, tomatoes were added to pasta.

Ravioli is typically stuffed with ricotta, meat, cheese, and vegetables then served with a sauce.

A raviolo is a single ravioli, usually a pretty big one.

Agnolotti is small pieces of flattened pasta dough, folded over with a filling and have a slight curve and pinch in the back wall.

So, it’s as good a time as any to give pasta making a go.

It really is simple and mostly very satisfying and you can really be inventive about the fillings you want to make for your ravioli.

Let me know what your favourite filling is, drop me a line or leave a comment. 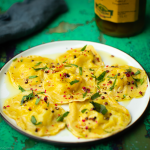