Mince on Toast. Try it, it’s the Ultimate Comfort Food. 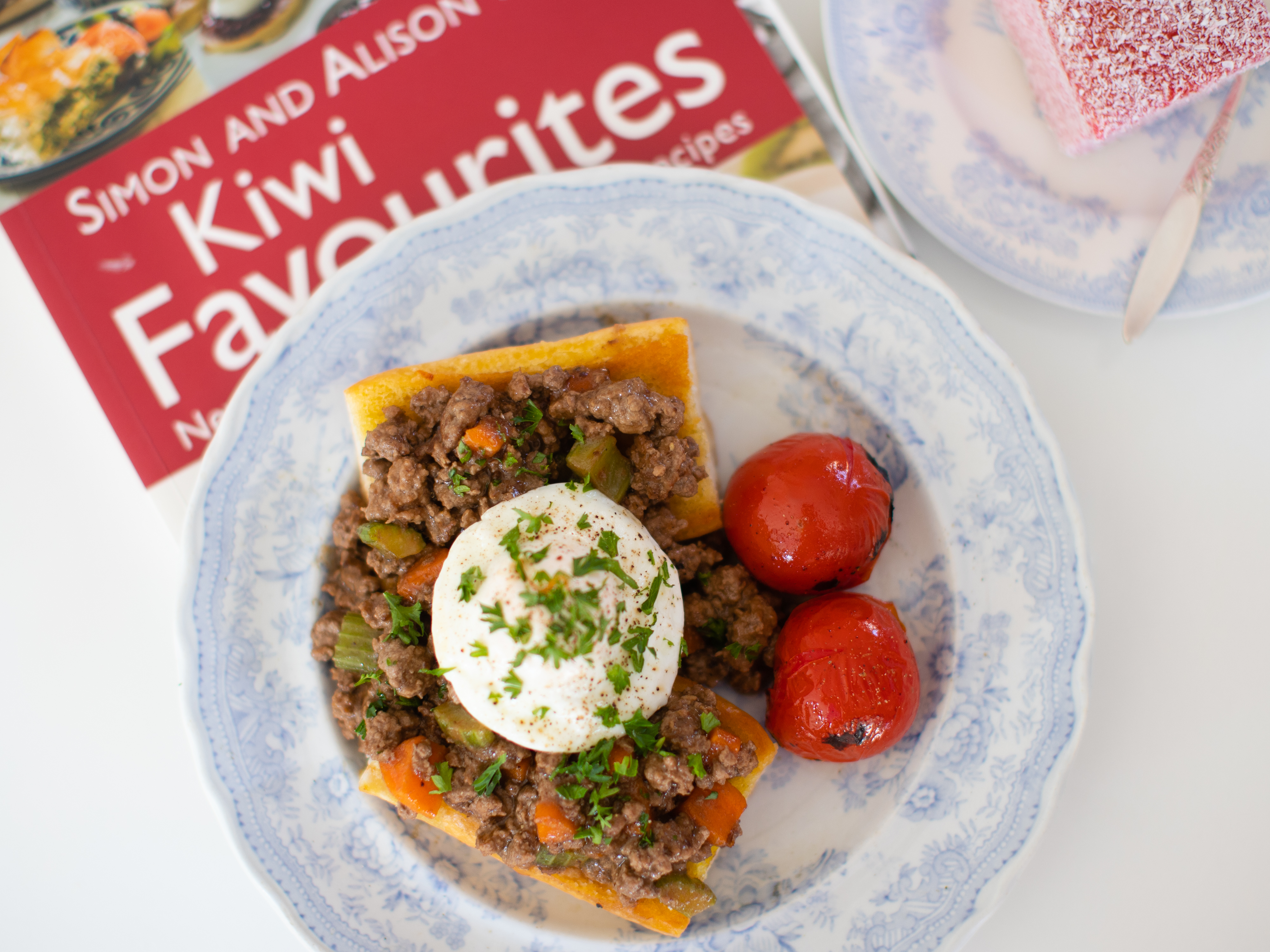 I recently travelled back home to New Zealand (or as we Kiwi’s like say, ‘God’s Zone’) via Waiheke Island and then down to Christchurch.

Mum and I started chatting about old times, as you do, reminiscing about my childhood out in Ohoka.

We lived on a 40 acre farm, so I spent my days moving sheep, bailing hay and zipping around on a little farm motorbike!

They were special times and now we’re older we look back fondly at such a lovely upbringing.

But the same can’t be said for our Sunday meals….

If those three alone words didn’t make you cringe, let me describe it too you.

No extra lovely sauces or spices added to enhance the mince, just mince…

Oh and large chunks of carrot. Remember, I was only little and carrot was NOT something I craved. Let alone want on my toast!

White Toast (this was before everyone started hating white toast).

Served in front of the fire and TV.

On Sundays we were allowed to have dinner-on-our-knees and watch a Disney programme together. That the bit I loved.

So, what’s all the fuss about?

Well, it doesn’t take long for spoonful’s of mince and chunky overcooked carrot to create a horrible soggy toasty bottom.

Seriously. I hated mince on toast.

I get it now though.

Why would Mum want to work hard all weekend lambing, shearing sheep or some other crucial job that needed doing asap.

So mince on toast it was. Invented by Mum (or so I thought).

Until about 7 years ago, I genuinely thought this was a dish Mum made up and we were the only children who suffered this meal.

The other thing that made me chuckle was an American food website thought this dish was a quintessential British Classic!… to the absolute horror and dismay of some of the UK’s top food critics including Jay Raynor, Observer critic who lead the disowning of this ‘monstrosity’.

Fear not, Kiwi’s were just as upset to hear this and quickly jumped in to take credit for the ‘ultimate comfort food’.

In the Guardian’s article Helen Jackson (@foodloversnz), a food writer and former food editor at the New Zealand Women’s Weekly magazine, commented “It is something that has been around for ever. We had it as children and I would say generations of people on farms have eaten it”.

She went on to say…

“It is an absolute rural classic. Rural people used to have meat for pretty much three meals a day and you could heat up leftover mince for lunch or Sunday night dinner with buttered toast.

Turns out, this is a rural classic so Mum was on point! Sorry Mum.

But before I let you in on the Kiwi Classic, now modernised and actually a rather yummy snack or fast meal (on a Sunday, if you want!), here’s a fun fact…

Helen Leach, emeritus professor at the University of Otago says the earliest recipes for mince on toast date to 1865 – in England (now that’s funny!).

New Zealand recipes for the dish appeared in Christchurch in 1924 in Miss Mildred Trent’s The Up-to-date Cook’s Book, published in London in 1914 and a 1952 cookbook published in New Zealand.

Mince on toast. The overhaul

Now, I can honestly say that this new version can be found in cafe’s all over NZ.

In fact, I even spotted it in a little Dartmouth cafe (England) which had been modernised and was a far cry from Mum’s original Sunday night Mince on Toast that I remember from my rural childhood.

It was the addition of beef stock, tomato paste and Worcestershire sauce, that gave it a new depth and warmth.

Also, adding a poached egg on top or sour cream, gives it a modern twist.

Sure, the vegetables are still in there (my nemesis, the chunky carrot) but with the new depth that’s been created and served on thick toast, miraculously it all works.

I can honestly say that the new Mince on Toast recipe is a fast, tasty, heartwarming meal that your family will love.

What childhood food nightmares do you remember and have any been updated to something you now love? Drop me a line or leave a comment… 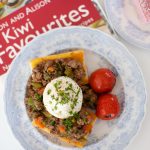