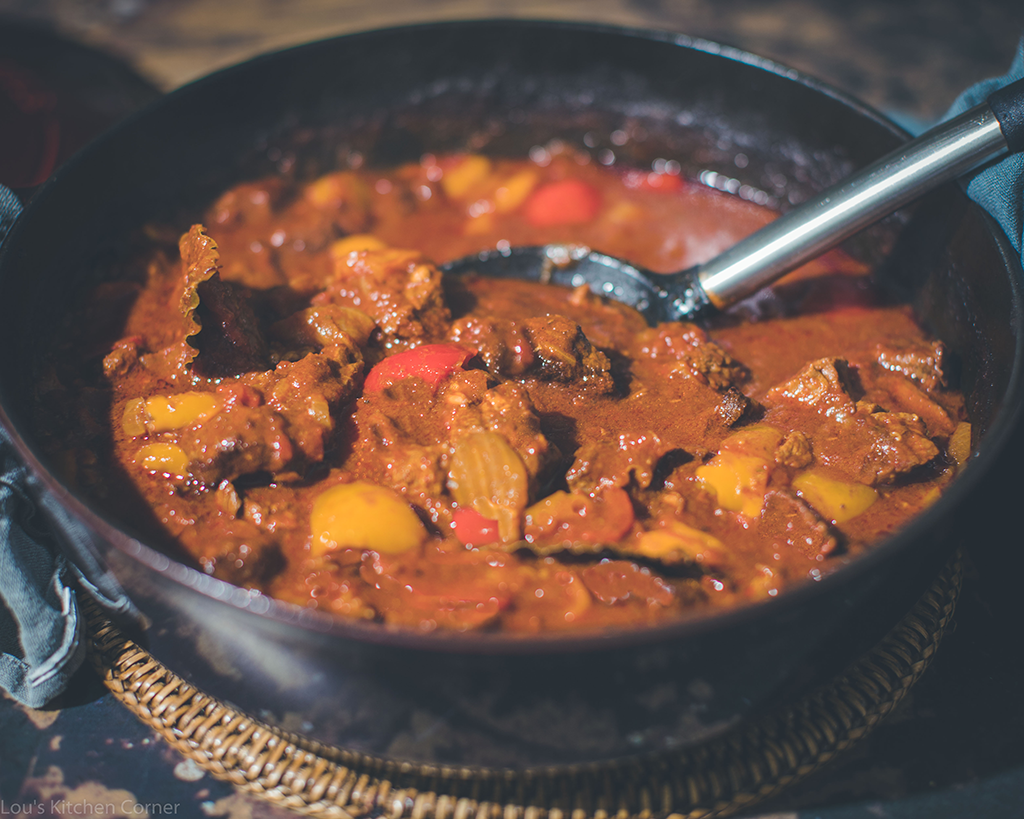 I came across this recipe for epic Hungarian goulash from the Hairy Bikers.

And save it on my ‘To Do’ recipe list.

Wine pairing: If you don’t have a Hungarian wine to hand, then try a nice Californian Cab Sav with rich blackberry & fig flavours.

Then, as South Devon can do… the sea mist/fog/clouds came in.

And when this happens, it’s utterly oppressive and massively annoying.

Because, when it’s June and you speak to friends in London or other parts of the country.

They gleefully tell you they’re baking in the bright summer sun.

Don’t get me wrong, I love this area and I’m lucky to get to enjoy it.

But sea mist/fog/cloud, can break you.

So, to lift the old spirits, I looked up a heart-warming recipe to make me feel happy again.

Good for a last-minute crowd

Now that lockdown has eased some of its restrictions, it’s nice to have family back again.

And having not seen some of them for a year, they’re keen to come and stay.

Which for us is lovely but there are complications with cooking.

There are a lot of younger ones who have now become vegetarian.

Then the odd one flicks between veganism and veggie.

And then, of course, there’s the old school crowd (plus Toby ;).

However, even as meat-eaters, we’ve all adapted to eating less meat.

And we always make sure we buy quality, local, produce.

But cooking a single meal for this crowd has become SO much more complicated… and not actually possible.

Because cooking has become much more full of many separate pans!

Which I have to say, is why I like this epic Hungarian goulash dish.

It couldn’t be easier to do… with one-pan.

Which leaves all the other hobs for the veggies and vegans.

What is Hungarian goulash?

It was originally more of a soup of meat and veggies, but is now more of a stew and is seasoned with paprika.

Goulash is traditionally made with beef but you can make it with pork as well.

And it came about in the 9th Century from the herdsmen or the “Hungarian cowboys” on the Hungarian Great Plain (puszta).

These ‘cowboys’ lived a nomadic lifestyle and would cook it over the fire in a cauldron.

Although not used back in the 9th Century, paprika is the signature flavour of the goulash.

And due to my own ignorance, I didn’t know that paprika was actually from Hungary.

(…I thought it was Spanish).

So, paprika is, in fact, a Hungarian spice but with a Mexican origin.

The chilli peppers were discovered by Christopher Columbus on his at the end of the 15th century.

And the Hungarians dried and ground the chilli pepper to make paprika.

Its name come from the Greek peperi and in the Latin piper both of which refer to pepper.

And has a rich and intense red peppery flavour.

But they range in pungency and heat.

Which range from mild and bright red to spicy, pungent, and pale orange.

The eight grades of Hungarian paprika

You can buy Hungarian paprika online or sub in smoked and sweet paprika and still have a wonderful stew.

So, there you have it.

Packed full of flavour, thanks to their national spice, paprika.

And a dish that requires little effort for maximum flavours.

Plus, you just use cheap cuts of beef like chuck or shin.

… and leave the veggies and vegans to fend for themselves!

Ps. fancy some other great ideas for a one-pan dish?

Then check out my favourite 6 crowd-pleaser one-pan recipes. 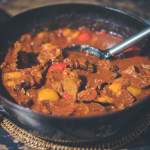