Christmas How To... Pork Special occasion 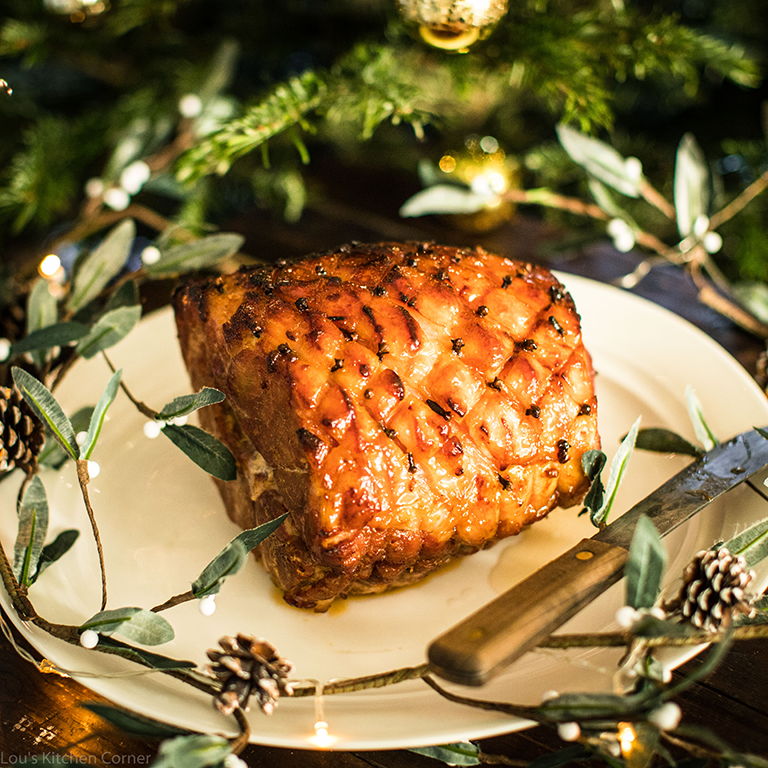 Top tips to ensure your Xmas ham is a winner

What’s the difference between ham and gammon?

Both gammon and ham are cuts from the hind legs of a pig.

Gammon has been cured in the same way as bacon.

Whereas ham has been dry-cured or cooked.

For a Christmas ‘ham’ you’ll need to buy a gammon – choose, smoked or unsmoked, on or off the bone, depending on your recipe.

Basic tips on cooking your gammon

You’ll sometimes read about soaking the gammon in water to remove saltiness.

Apparently, this is now a thing of the past.

But I’d advise you check with your butcher or make sure you read the pack instructions to double-check.

Make sure you’re poaching it and not boiling the gammon. A gentle simmer, around 85 degrees – no hotter – as that helps to keep it moist.

2. Use the cooking liquor

Once the ham is cooked, keep the stock. Ham stock is great making soups, putting through casseroles or for braising, and it’s good for just cooking vegetables

Extra tip: cook your sprouts in ham stock instead of boiling water for a great flavour. Just make sure it’s not too salty or overwhelmingly smoky in flavour.’

As well as a lush glaze, Tom Kerridge also uses a dry rub on the ham to get another flavour profile e.g. Xmassy spices like cinnamon, cloves or star anise.

4. Simplicity is key for a glaze

There are some fantastic ideas out there but Tom recommends simplicity.

I did this last year and it’s fab.

Squirt it all over the top of the ham then roast it, all the juices come out and the honey cooks, reduces and caramelises.’

Keep basting your ham every 10-15 mins and be careful not to burn the glaze.

Get a leg of ham on the bone if possible, for slow cooking as it helps maintain shape and moisture.

If not rolled and boneless joints are fine, just keep an eye on the cooking process and ensure it doesn’t dry out.

But it’s interesting to know it doesn’t add anything in terms of flavour.

Apart from it makes it look the part… which I think is worth the bother.

Buy the best quality you can afford and go for British.

It’s your own preference. 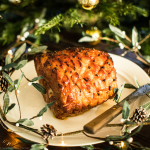 TIPS:  Calculating cooking times. Weigh your meat and you’ll need to cook for 20 mins per 450g plus 20 mins. Check my blog for some handy tips and alternative ideas.   Inspired by: Great British Food Awards