How to cook the perfect sausage 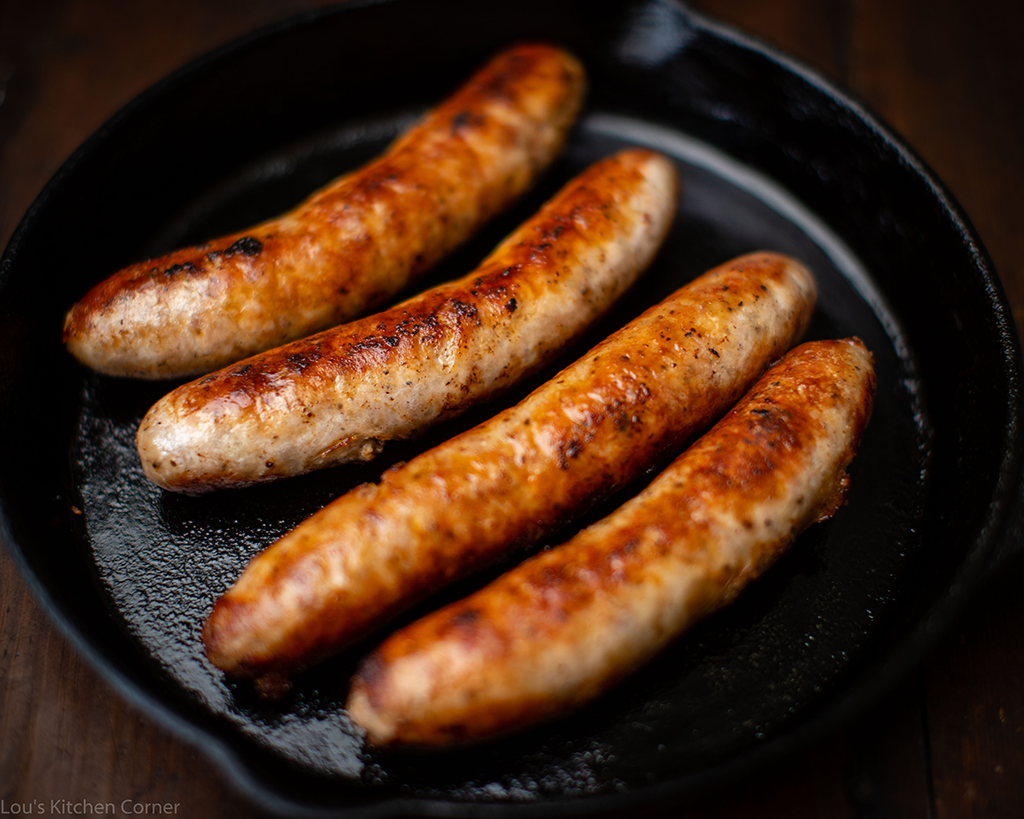 The mighty sausage aka ‘the banger’

You can make anything from a ‘cheats lasagne’ to the classic bangers and mash to an Italian-style pasta with sausage ragu.

You cannot, not, be impressed with the mighty sausage and its range of versatility.

But how well do you know the sausage?

And are you really cooking it the way it needs to be treated?

Don’t worry, I’m going to lay it all out.

The history of the sausage

The sausage has been around for a long time!

It goes right back to the Bronze age originating from the Middle East.

Back around 3100BC the main culture within this region were the Sumerians.

And they’re the one’s who get credit for inventing the sausage.

The sausage was also popular with Ancient Greeks & Romans and many other regions had varying versions over time.

Sausage. It’s in the name

The word we use today comes from the Latin word, salsus, meaning “to be salted”.

Salt was (and is) used to preserve meat and formed the base of all sausage making throughout the world.

But there are loads of names for the mighty sausage now, including the British Banger!

The sausage gained its British nickname after WWl.

Meat was pretty scarce so sausages were filled with water and cheap fillings like cereal to bulk out.

When they fried them, they sizzled and popped and sounded like little explosions…

And so, the banger was born!

We are spoiled for choice with different flavours of bangers these days.

But here are a few of the classics.

How to cook the perfect sausage

1. You can’t rush a saussie

So there you have it, the perfect way to cook a sausage.

And remember, none of this matters if you’re not buying quality sausages.

So, make sure you know what you’re buying and aim high.

You won’t regret it.