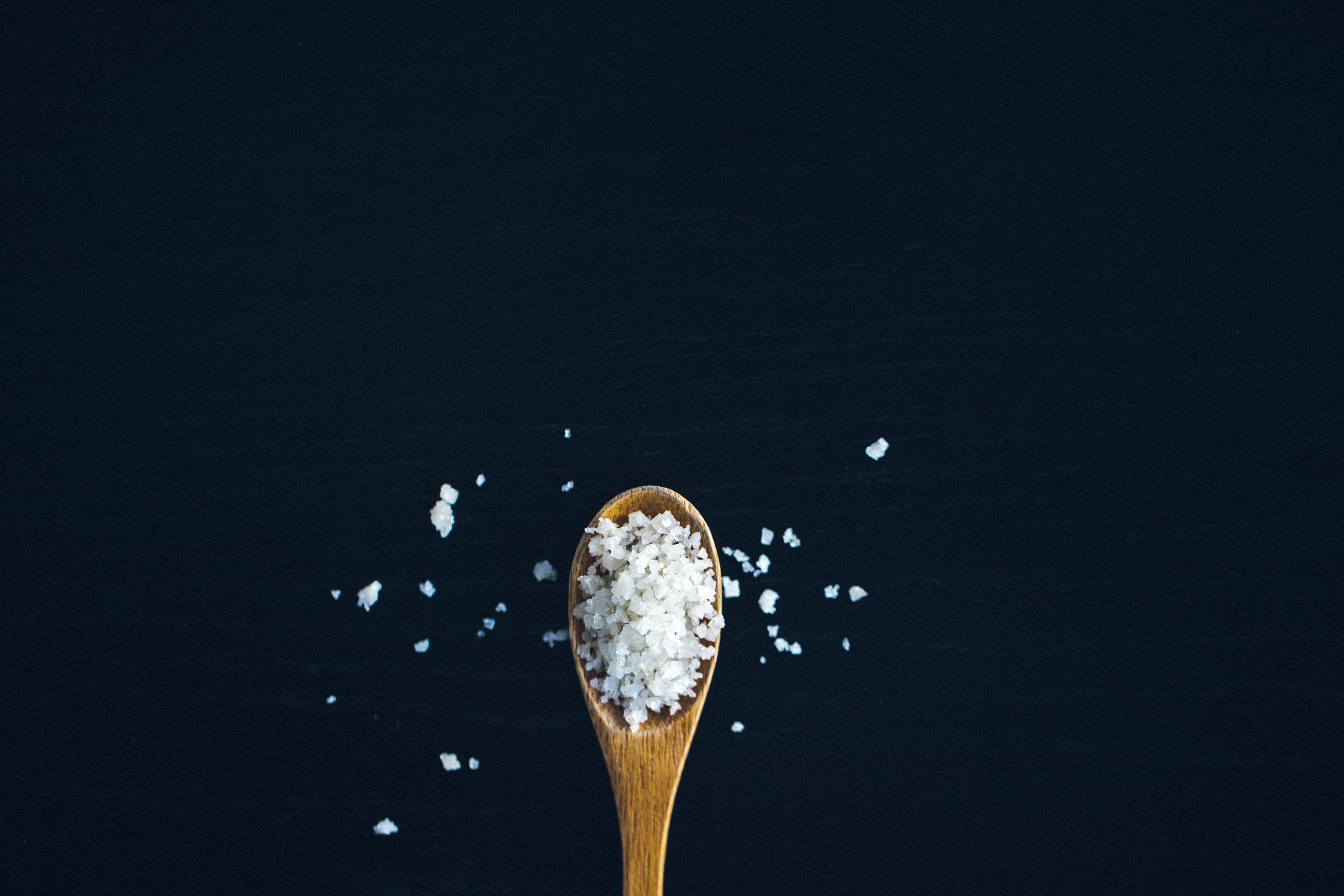 Salt. A mineral composed primarily of sodium chloride… or a seasoning

It’s got a long history.

But this is a fairly short ramble, I promise, with some good tips on seasoning further down.

Salt’s been used for thousands of years for food preservation and seasoning.

Archaeologists have found evidence of salt production that goes back as far as 8,000 years. It became a founding contributor to the development of civilisation and was of crucial importance economically.

The (well-known but not necessarily 100% proven) etymology of the word ‘salary’ comes from the Latin word salarium argentum (sal = salt) – a soldier’s pay, consisting in part of salt or money allowed to buy salt.

Salt routes crisscrossed the globe. One of the most travelled led from Morocco south across the Sahara to Timbuktu (it’s a real place!).

Venice rose to economic greatness through its salt monopoly, the Vikings used it to keep their army strong and alive (something Napoleon didn’t succeed in doing when thousands of his troops died during their retreat from Moscow due to the lack of salt – which helps wounds heal)…

And as recently as the 1800’s, it was an extremely expensive ingredient, costing more than four times the amount of beef.

So, this rather humble ingredient, has caused quite a stir throughout history.

In the kitchen though, salt amplifies flavour. Whoopee!

Saltiness is one of the five basic tastes we experience, along with sweetness, sourness, bitterness and umami.

It can enhance and deepen flavours but getting it right; when to add, how much to add, what form to add it in, is the difference between a mouth-watering dish with great flavours or an average dish (believe me, I know).

Salts’ dehydration qualities mean it can draw out the moisture from the meat helping destroy pathogens (which is a good thing). It’s curing properties mean we can turn pork into bacon, sausage meat into salami, brisket into corned beef… the list goes on.

It’s also key to the perfect steak, a knock-out buttermilk chicken roast, a tasty chop and anything to do with charcuterie.

Table salt: The basic one you find in most salt shakers. Table salts are usually 97% to 99% sodium chloride.

Kosher salt: A refined salt with larger crystals and no additives like iodide. More popular in America, the name actually, Kosher, comes from the fact that this type of coarse-grained salt is used by kosher butchers preparing meat.

Pink/Himalayan salt: Bright pink hue which comes from trace amounts of iron oxide. You often hear claims that it has healthier properties than table salt. It’s predominantly sodium chloride, so similar to your basic table salt.

Fleur de sel/Fiore di cervia (“flower of salt” in French and Italian): It’s lower in sodium than normal salt, with a higher mineral content.  It’s used more as a condiment to finish a dish than as a seasoning. Originates from the Brittany coast, France and seen as a premium sale as its harvested from the very top layer as it starts to crystallize on the top of saltwater ponds.

Sel gris (gray salt): This comes from the same salt pans as fleur de sel, but is harvested from the bottom of the salt pan which gives it a higher mineral content and a grey colour.

How to use salt with meat

When it comes to cooking that perfect ‘restaurant’ steak, it’s important to draw out some of that moisture…

There are two main (uncomplicated) options to choose between:

Tips on salting your steak

A bit of a game-changer when it comes to cooking your perfect steak (check out my post on Reverse Sear).

This method I uncovered when reading one of my go-too meat books, ‘Hardcore Carnivore’  especially when learning about American-style cooking, smoking etc. This is what the author, Jess Pryles, recommends – I’ve tried it and it’s amazing!

So far, I’ve only had the patience to do 1 day but it has inspired me to try the 3 day wait.

It’s fair to say, I’m about to go back on everything I’ve just said i.e. that salt draws out moisture, which is does but… as a brine it will add moisture and seasoning from the inside out.

Basically, it means the salt can penetrate faster so gets to the centre of the cut and can mean that whole chickens, turkey, lean cuts of pork loin, shoulder and beef brisket can be cooked completely keeping it moist and resulting in a juicer dish (check out the Buttermilk Roast Chicken post, this was a game changer for me).

To make a basic brine

So, there you have it, salt.

It’s more interesting than it appears just sitting there on your table next to the pepper.

Used properly it adds new levels of flavour and depth to your food.

If you have any other tips or interesting facts about salt, let me now by leaving a comment, below, or dropping me a line…