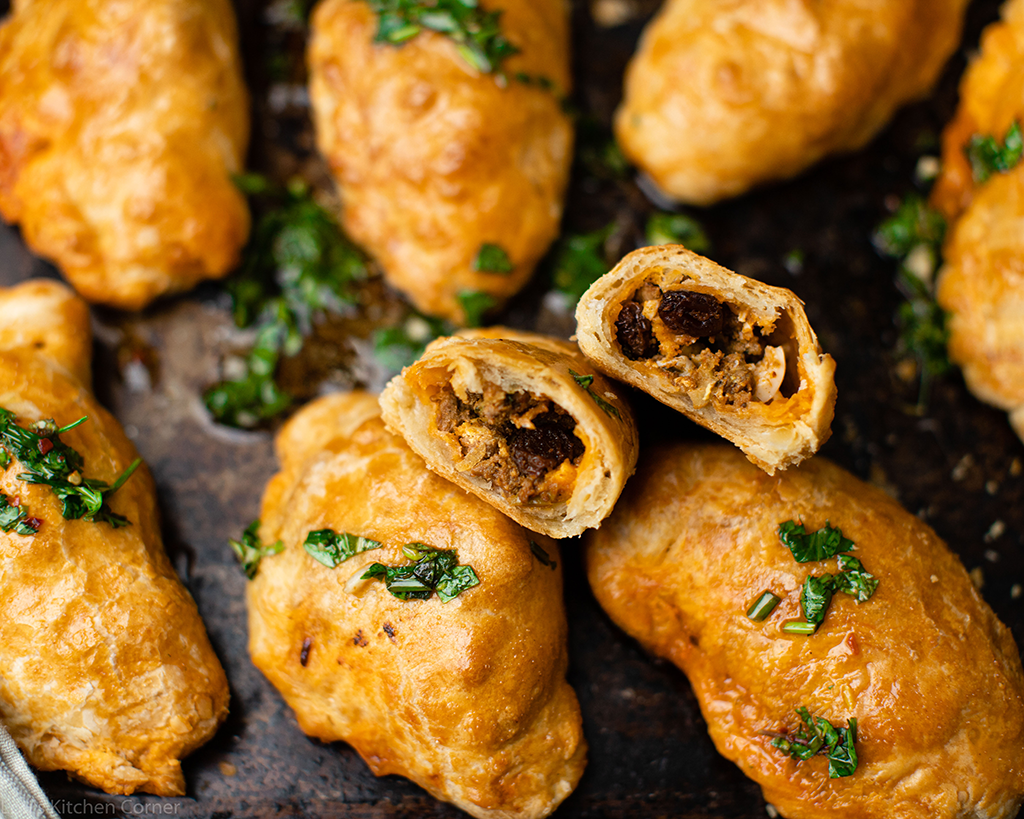 If you love a Cornish Pasty, then you’re going to love Argentinian beef empanadas.

These tasty savoury morsels are the perfect snack or quick lunch.

As they’re easy to make and can go in the freezer for another day.

If Argentinian’s, and there’s 45 million of them, like these savoury snacks.

Then it’s worth checking them out.

What is an Argentinian empanada?

Similar to a Cornish pasty, these hand-sized pies are found all over South America.

Their name comes from the verb “empanar”.

Which means “to wrap or coat in bread or dough.”

And like most countries that have a food speciality.

Every province has its own take on it.

And that is… a soft pocket of dough, stuffed with incredible, mouth-watering fillings.

With the most popular fillings including ground or minced beef, chicken, or even a ham-and-cheese combo.

The origin of empanada

Like most food history, this one is a little blurry too.

But apparently, the first mention of an empanada goes all the way back to medieval times.

Where an empanada recipe was discovered in a Catalan cookbook.

By a Spanish Chef, Ruperto de Nola who published it in 1520.

So, it’s thought that the early Spanish immigrants carried the recipe to Argentina during the 16th century.

And just like the Cornish pasty, the empanada was once a ‘working man’s meal’.

Because it contained a full meal that was easy to carry to work.

And it’s still a staple in Argentina food culture today.

Is no longer just a working man’s lunch.

But now very much engrained in for culture.

And with all the provincial takes on the perfect empanada, you’re spoilt for choice.

In Buenos Aires, empanadas are usually filled with ground or minced beef, ham and cheese, chicken, or swiss chard.

But you can discover all sorts of flavours.

And even different folds which (if you know your empanadas) will indicate what filling is inside.

Leave Buenos Aires and the empanada world expands even more.

With every province firmly believing that their filling is the most superior.

And their dough is the richest and flakiest.

And Tucumán, is where the annual National Empanada Festival is held.

The province of Entre Rios to the north of Buenos Aires has an empanada that’s stuffed with rice which has been soaked in milk.

Up in Argentina’s far north, in Jujuy, you can find empanadas filled with goat or llama meat.

In the central province of Cordoba, they make them sweet-and-savory.

The northern province of Misiones has empanadas made of mandioca flour (yucca root).

The world is your empanada

So, it just goes to show.

The empanada has many versions of itself with fillings.

I went for a slightly smoky, spicy ‘traditional’ version.

Give them a go! 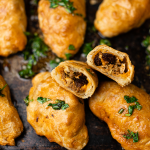