Cookery tips, skills & research How To...

What is mirepoix? (pron. meer-PWAH ) 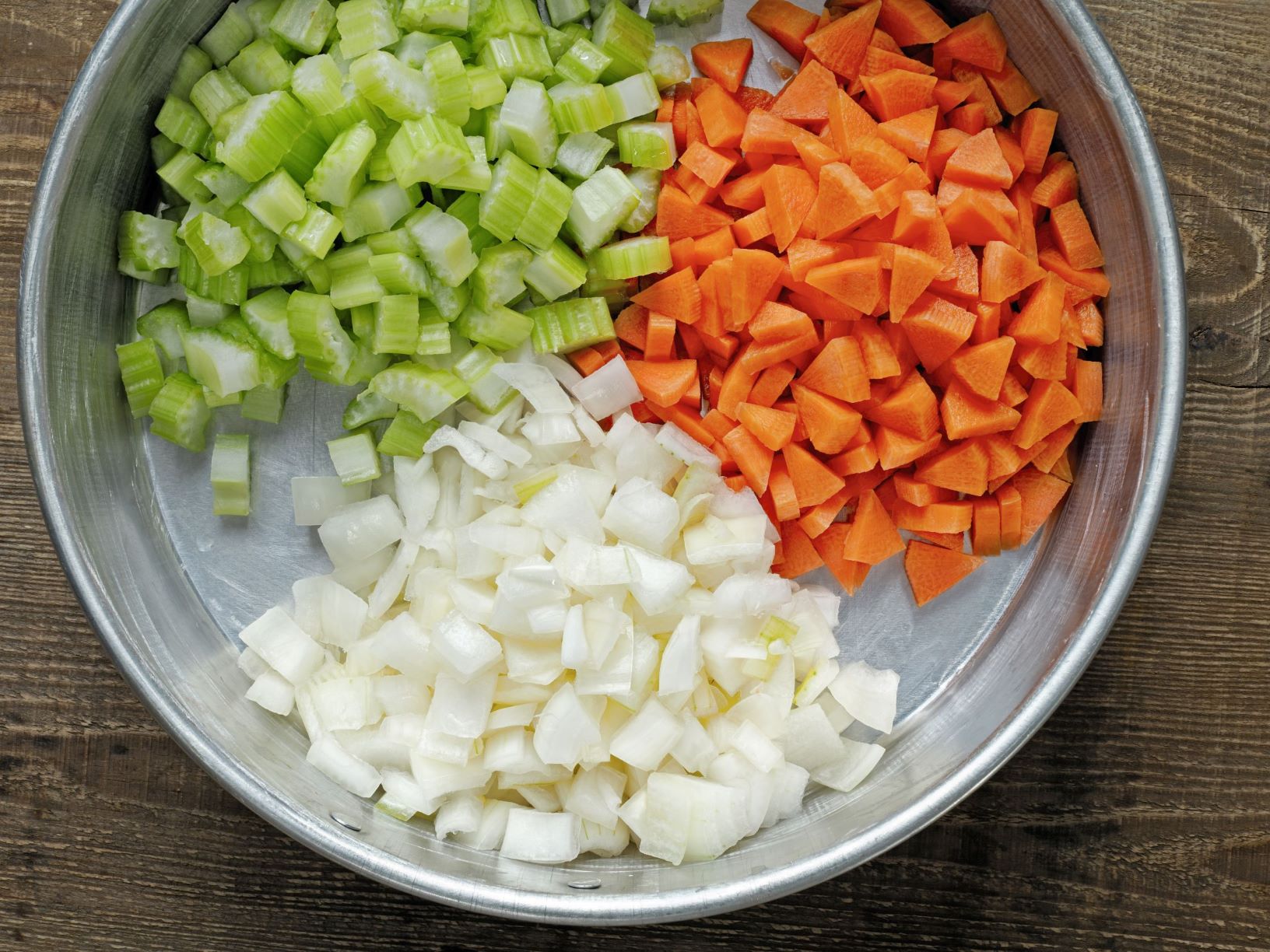 How to make it & when to use it

Like the bouquet garni, it’s another simple way to add flavour and aroma.

It’s one of those little ‘cheffy’ secrets that is actually the basis of their early training.

I did a bit of time in a professional kitchen.

No I’m not a chef, I did 6 months as part of my Hotel Trainee Manager job in my early twenties.

And what they tasked me with, a part from general dogs’ body

(you really have to earn your stripes in a busy kitchen)

I chopped, diced and sliced my heart out and often I was making mirepoix.

And yes… I did earn my stripes in that kitchen, eventually.

They put me through my paces (rightly so) before I could work alongside in service.

But the whole experience gave me a huge insight and appreciation for the passion and dedication chefs put into their craft.

It’s made by lightly cooking onions, celery, and carrots.

By slowly cooking them in butter (or oil) you get the flavours without browning or caramelizing them.

Mirepoix is traditionally strained out before the end of the cooking process.

But I’m not a chef, nor am I in my training kitchen so I just leave it in (unless it’s for a stock or sauce).

Oh, and the actual word mirepoix

It comes from the last name of a French aristocrat, the Duke Charles-Pierre-Gaston François de Lévis, duc de Lévis-Mirepoix.

He got the credit for inventing this little mix of ingredients as a staple in French cooking back in the eighteenth century.

How to make mirepoix & when to use it

(If it’s going to be strained out of your final dish, then I wouldn’t bother peeling your carrots.)

The finer you chop the veggies, the quicker the aroma and flavours will be released.

Either way, chop them so they’re roughly the same size so they cook evenly.

Cook in butter over low heat or medium-low heat.

If you’re making a meat dish, usually you sear the meat first and then use that fat to cook the mirepoix in.

Note: You don’t want to brown your vegetables, just cook until soft, fragrant, and translucent.

Et voila! You’ve now made the foundation to build on that will flavour your dish or stock/sauce.

But there are a number of variations around the world.

So, next time you look at a recipe like a slow cooked beef stew, you may see they tell you to cook carrots, onions and celery.

Now you know, that’s a mirepoix!

Got any other classic French culinary techniques to share. Leave a comment or drop me a line.