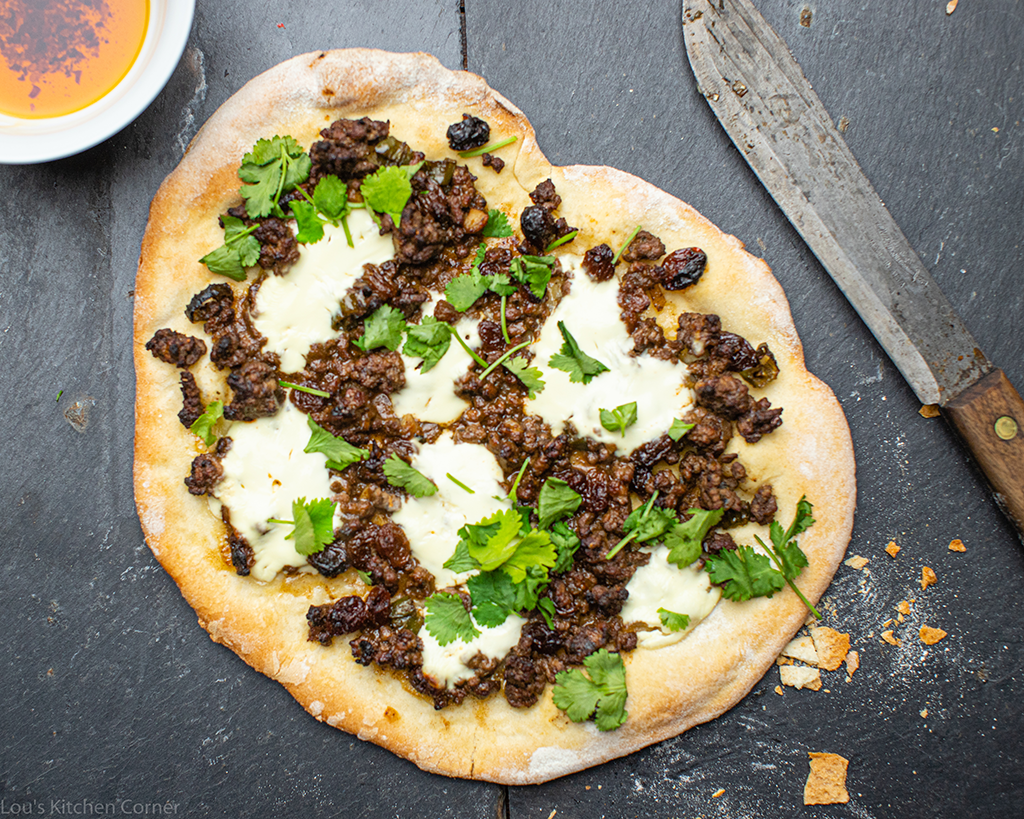 I was walking up Commercial Street, London, the other day, through my old hood where I used to work.

When we first moved into our office on Fashion Street from Whitechapel Road, it was a bit dodgy.

Those were the days when ‘working ladies’ could be found almost on every 2nd corner.

And the local pubs still had good old fashioned sticky red carpet to peel your shows off every time you went to the bar.

You know a good neighbourhood before it becomes popular… you look for artists.

Tracey Emin and The Chapman Brothers

We couldn’t have been from further worlds apart – Art world meets ambitious-(&-somewhat-clueless)-young-twenty-somethings building their careers.

We were crawling out post-Dot.com-crash so maybe we did have more in common with what their art was saying…??

Their art projects were top secret though so we left them to it.

But a highlight was often bumping into one of their lovely dogs at the door; a little black staffie called Kylie.

Time is a changin’

We didn’t have trendy high street retailers, cocktail bars, sushi bars or cycling shops back then.

It was Brick Lane curries, sticky red-carpet pubs, Petticoat Lane and your bike being nicked.

And there was a firm line between us and The City.

A bit grungy on our side.

But it was cool.

Nowadays, the City line is blurred.

And shiny apartments, restaurants and shops are everywhere.

Sadly, though, there is one place (amongst many), that hasn’t stood the test of time… and gentrification.

It was a little Lebanese restaurant, heading (‘the wrong way’) down Commercial Street.

My colleague and friend, Carlos, LOVED that place.

So anytime we decided to splash out, Zengi would be the no. 1 place.

The food was amazing; the spices, fresh hummus…

The service pretty decent as well.

Although for a small place, it often took forever to get the food

But that was part of the charm and when it came… it was worth it.

Succumb to a trendy restaurant which is now located in the (now) cool part of Commercial Street.

Who knew the hipsters would spread further than Shoreditch?

To be honest, I’m actually a fan of change.

But it has to be said, there is a ‘sweet spot’ in an ever-evolving city.

It’s the special moment in time when you’ve arrived before everyone else and you get to experience the change.

You’re there supporting the little independent coffee shops and cafe’s, that have taken a risk and decided to take a punt.

Often, you’d see them disappear as well but the odd one makes it and slowly the change begins.

Suddenly, years later, in creeps a Marks and Sparks or a Sainsbury’s Local.

This is the sign that it’s all about to turn really ‘convenient’… and really beige.

But hey, sometimes, you can grumble, reminisce and make out it was ‘better back then’.

It was passing (former) Zengi’s restaurant the other day that inspired me to try making a Lebanese flatbread.

I used to always order it as a cheap and tasty lunch.

The spices and flavours were perfect.

A bit of history

In ancient times, there was great trade and the discovery of spices, fruits, and vegetables.

But Lebanon’s history contains a lot of ruling from foreign powers.

Some include, the Ottoman Empire (400 years) and France.

But with this has come some food influences including olive oil, fresh bread, baklava, laban (homemade yogurt), stuffed vegetables, nuts and as well as lamb.

The French left their food mark with the flan, caramel custard dessert and buttery croissants.

They use a lot of fresh herbs and spices such as Baharat, sumac, cumin, garlic, olive oil, lemon juice, tahini, parsley, and mint.

Then there’s accompaniments like natural yogurt and organic chickpeas

It’s lovely and fresh and full of warm flavours.

And this easy Lebanese flatbread sums up a lot of that.

If you give this a go but making the flatbread is putting you off, then here’s a shoetcut.

Just make the lamb mixture and you’re away. 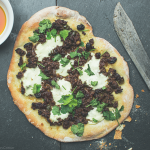 For the lamb topping

For the lamb topping

TIP Baharat spice mix is made up of: Cumin, cinnamon, coriander, paprika, cayenne, black pepper, nutmeg, cardamom. Just make equal parts of it all and mix together.       Recipe inspired by my favourite magazine, Delicious

I’m linking this to CookBlogShare